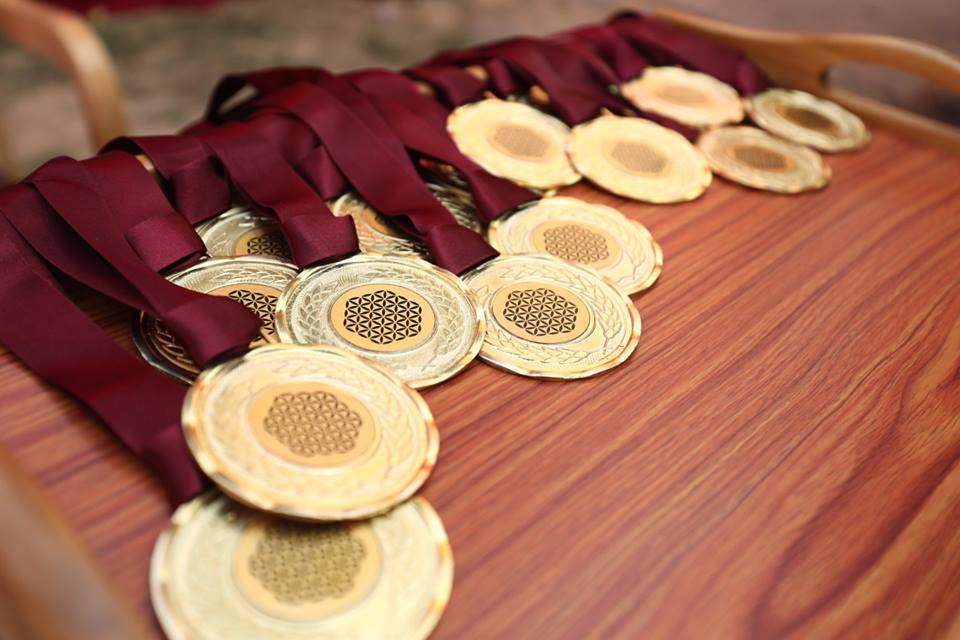 The third cohort of the Vedica Scholars Programme for Women graduated on the 18th of December, 2018. The Sanskriti Kendra in Anandgram, New Delhi, stood witness to this symbolic going-forth of the Scholars, decorated in the Vedica palette of maroon, yellow and beiges.

Founder and Dean Anuradha Das Mathur looked forward to the future of the programme, anticipating in it strength, persistence and endurance in its fourth year. She revisited Vedica’s pledge, to ‘prepare women professionals for the contemporary workplace’, mentioned the vision for the upcoming 20 years, and encouraged each graduating Scholar to live the spirit of Vedica.

The core movement was followed by an awards ceremony where seventeen Scholars received the Dean’s awards. These awards recognised Scholars for academic excellence and benchmark professionalism; and for embodying key aspects of the Vedica Spirit.

The Commencement Speaker Baijayant ‘Jay’ Panda pointed out for the Scholars the importance of being adaptive to change. He also acknowledged the crucial role that Vedica has played in preparing them to adapt with “the changing landscape of work, entrepreneurship and life itself, in India and the world.”

The Guest of Honour was Chetna Gala Sinha, known for her seminal work as founder of Mann Deshi Mahila Bank, a micro-finance bank for rural women. Ms Sinha spoke about the importance of creating, nourishing and upholding strong networks among women. She dwelled upon the inception of Mann Deshi Mahila Bank, stories of individual rural women and the importance of continuation.

The ceremony wound to a close with a vote of thanks from Co-founder and Chairman of the Academic Council, Dr Pramath Raj Sinha, who congratulated and ushered the new leaders into their professional lives.